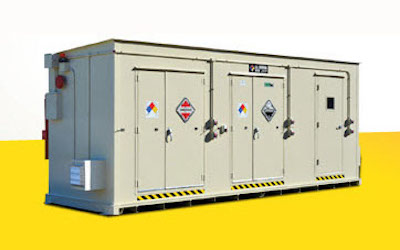 What are Lithium Batteries?

Lithium ion batteries are the most commonly used rechargeable batteries in the world today. The high energy density of Lithium ions enables a compact battery to pack a lot of power, while their ability to handle a high number of cycles makes them suitable for recharging. Lithium ions settle on the positive electrode in a fully discharged state, move to the negative electrode during charging and then slowly migrate back as the battery is being used. Although Lithium ion batteries have become common place in many electronic pieces of equipment, there are risks with this technology that can result in fires and explosions. In 2016, multiple fires from lithium ion batteries in the new Samsung Galaxy Note 7 phones eventually resulted in a complete recall of the product.

Most consumer electronics including cell phones, tablets, laptops, and video cameras contain lithium ion rechargeable batteries. In addition, lithium ion is used in solar installations where energy is stored during the day for use at night. New generation electric cars like the Tesla brand use specially developed lithium ion batteries. Power tools used in most workshops and construction companies use these batteries and are often stored with spare batteries for use during a working day.

Effect of Temperature on Lithium Batteries

All batteries experience a loss in performance at low temperatures. The ideal operating temperature for batteries is room temperature (approx. 81°F | 27°C), while temperatures as low as 32°F (0°C) cause a slow-down in the chemical reactions in the cell resulting in a loss in capacity of the battery. Putting a battery under heavy load at cold temperatures can cause a phenomenon known as cell reversal, which is a common cause of failure in cordless power tools. Users of lithium ion batteries in cold climates should be aware of these temperature effects on batteries during the winter months.

Because a number of applications use battery packs, which are a combination of individual cells, manufacturers have built in safety measures to the pack itself to minimize safety incidents:

The ideal storage temperature for most batteries, including lithium ion is 59°F (15°C). This can only be achieved with climate controlled storage units designed to keep a consistent internal temperature regardless of changes in weather. Failing to adhere to the recommended storage temperature results in a permanent degradation in the capacity of lithium ion batteries. For example, a battery stored at 104°F (40°C) for 1-year will only retain 85% of its original capacity, while a battery stored at 77°F (25°C) will retain 96% of its capacity. It is also important to store batteries at the optimum charge level of 40%. Storing lithium ion batteries fully charged accelerates the loss of capacity. A fully charged battery stored at 104°F (40°C) will lose 35% of its capacity in only 3 months. One of the greatest risks for lithium ion batteries is physical damage to the battery which may cause a short between the anode and cathode and a resulting spike in current at that point in the cell. The temperature rise as a result of the increase in current can lead to a thermal runaway. If a lithium battery pack does catch fire, it can be extinguished with foam, CO2, or dry chemical fire extinguishers. Fires can spread from one cell to the next in a lithium ion battery and this transfer may take some time to manifest. For this reason, it is important to isolate a burnt battery for some time to ensure that no further fires occur.

Contact U.S. Chemical Storage to learn more about storage lockers for lithium batteries or to receive a complimentary quote.

Battery University. Articles
Extreme Tech. How does a lithium ion battery work?
Make Use Of. How a battery works and 3 ways you can ruin it
Intertek. IEC-62133

Get in touch
Question or Quote?